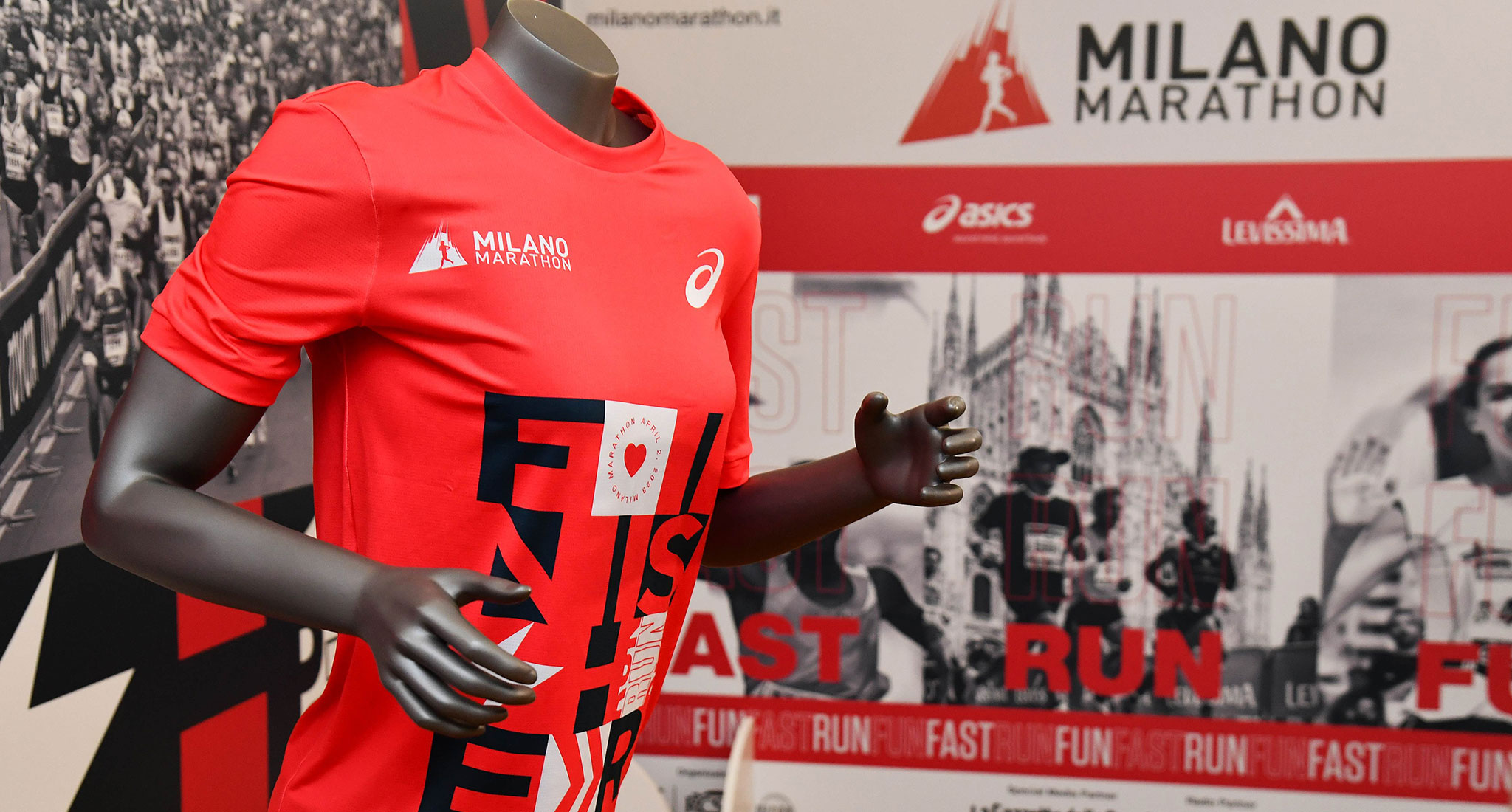 By Silvia Forastieri13 January 2023No Comments

Milan is back on stage, the stage of great running. In the heart of Lombardy’s capital city, at Palazzo Reale, the 2023 edition of the Milan Marathon was presented today. It will be the 21st in history and, not hard to imagine, another great day of sport for everyone: professional athletes, runners, families and for the city itself. Like every year, great emphasis on sustainability and solidarity.

The race will be held on 2 April. The ring route is confirmed, with start and finish in the heart of the city, on Corso Venezia. Organised by RCS Sports & Events – RCS Active Team, the fastest marathon on Italian soil will once again showcase Milan as the capital city of running, having been able to involve, between marathon and relay, over 13 thousand participants in 2022.

Last year, the victories of Titus Kipruto among the men in 2.05.04 and Vivian Kiplagat (on her third seal in Milan) among the women in 2.20.17 enhanced a day to be remembered. The expectation is for another record-breaking race, thanks to a course that gets faster and faster every year and that, to the delight of the participants, touches some of the city’s most iconic spots.

But beyond the competitive heart of the race, the Milano Marathon has distinguished itself for over ten years as one of the most successful Italian sport events in solidarity fundraising, with around 4 million euro raised over the years. The Milano Marathon Charity Programme is now of international relevance: in fact, it is second only to the London Marathon in terms of fundraising results.

Last year’s Lenovo Relay Marathon, the team relay race that divides the course into four fractions (each between 7 and 13 km long) and gives runners the chance to participate simply by registering with one of the Non-Profit Organisations taking part in the Milano Marathon Charity Program, saw more than 1,900 teams at the start, with donations on the Rete del Dono platform (a historic partner of the event) exceeding 600,000 €. To satisfy the ever-growing ‘thirst’ for bibs, the organiser has already opened registrations for the next edition of the relay race.

These are the top news on 21st Milano Marathon:

Side by side with the Milano Marathon, as always, is La Gazzetta dello Sport, which with its vertical brand Gazzetta Active, focusing on active lifestyles and sport practice, offers online advice and insights for running and outdoor enthusiasts.

New for the 2023 edition is a training plan in preparation for the marathon: available online from December and outdoors from January with coach Giorgio Rondelli.

Martina Riva, Councillor for Sport, Tourism and Youth Policies of the Municipality of Milan. “We are delighted that, like other major cities in the world, Milan can proudly offer runners, families, children and tourists a moment of gathering and sharing under the banner of sport: that moment is the Milano Marathon. After 21 years, we can certainly consider this event a must for all running enthusiasts. The 2023 edition seems on the right track for success as well, thanks to the route that will wind its way through Milan’s most famous and evocative landmarks and the commitment to environmental sustainability and solidarity that has always accompanied our marathon”.

Paolo Bellino, CEO and General Manager of RCS Sports & Events. “The Milano Marathon is a special event for us and for the whole city. In 2023 we will feature the very route that has made us the fastest marathon in Italy, and we will have the chance to achieve a great result. The participation of so many young Italian champions is a source of pride for us. The competitive aspect is fundamental, and we have invested a lot to make the Milano Marathon a top sporting event. But let’s not forget the Lenovo Relay Marathon, with which we aim to further increase fundraising for our Charity Program, and the Levissima School Marathon dedicated to children and their families, which make the Milano Marathon an event for everyone. I would like to thank the Region and the City Municipality for their support, as well as all the partners with whom we are creating this incredible event”.

Yeman Crippa, Ambassador of the Milano Marathon. “Making my marathon debut in Italy, and especially in Milan, is a very beautiful and important thing. There is no better place for me to debut, because Milan is a very fast marathon, and I will have a lot of support here: my parents have in fact lived half their lives in this city. What time am I aiming for? I don’t know yet. In a marathon you can’t do too much maths. I’m going to do my best, train a lot in the mountains with the aim of making a good time, like in the half marathon, and I’m sure that if I do things properly, the clock will prove me right”.

Antonio Rossi, Undersecretary with responsibility for Sport, Olympics 2026 and Major Events for Regione Lombardia. “When I think of the Milano Marathon, I think of how much the sporting culture in Lombardy has changed over the last twenty years. The marathon has become an international event and is very much felt throughout the Region. This is not just a marathon, but an event that touches on social issues, tourism, the territory, and has important economic repercussions for the whole of Lombardy. For us it is an opportunity to promote our region, but also the Olympic and sport values”.

Alberto Spinelli, EMEA CMO Lenovo. “We are proud to be pursuing this path, which over the years has brought us great satisfaction, both in terms of people’s enthusiasm, from running lovers to school students in Milan, and in terms of our contribution to the Milano Marathon Charity Program. This is an initiative in which Lenovo believes a lot. I am a passionate runner and I will be participating in the Relay Marathon together with my colleagues. Our wish for this year is for it to be an important day of solidarity, sport and inclusion for everyone”.

Stefano Baldini, Olympic Champion and ASICS Legend. “The last 12 weeks before a marathon are the classic training period for top athletes. Therefore, I advise all those registered for the next Milano Marathon to arrive at the Christmas holidays with a defined training plan and to start running as early as 2 January. Milan is a marathon that allows you to run fast and well, thanks to a beautiful route and smooth roads. Athletes today find an ally in technology: the new running shoes, with the carbon plate inserted in the midsole, provide a considerable advantage in terms of elastic reaction. In the end, however, it all comes down to the heart, the head and the legs”.

The chance to register at a fee of 72 € will last until 31 December.