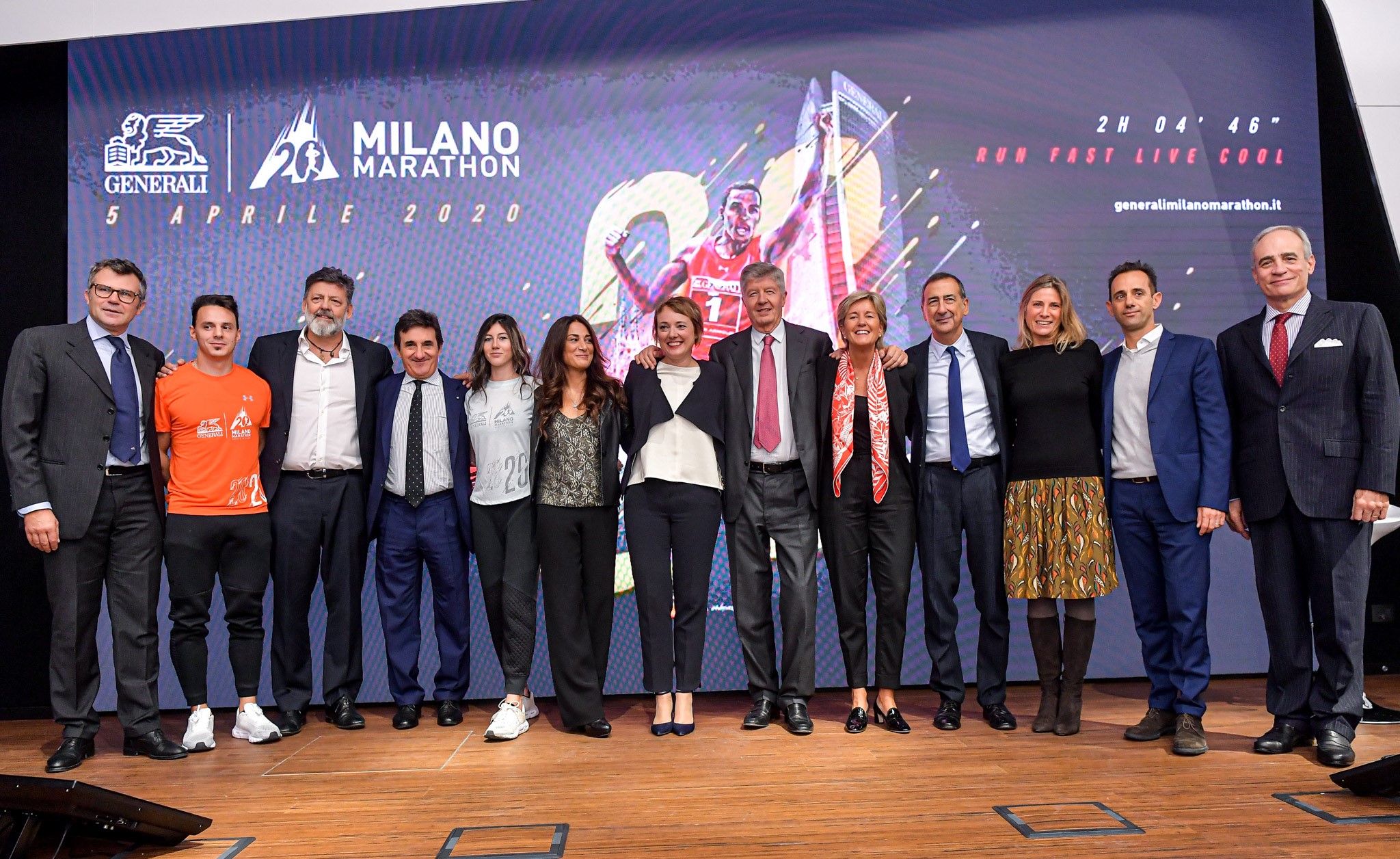 By Silvia Forastieri6 November 2019No Comments

Generali Milano Marathon offers runners a modern and well-rounded route, able to balance the needs for a fast route of both top runners and advanced amateurs with the opportunity to admire a city that thanks to its blend of historical and contemporary elements is becoming more and more beautiful. Completely redesigned for the 2015 edition with start and finish in the city centre (Corso Venezia), the ring race track has been progressively improved down to the last detail, year after year. Some significant changes will also be made in 2020.

In particular, the next edition of the race should offer to the participants an exclusive passage inside the Arena Civica: a symbolic spot for Milan’s sport events and since 2002 dedicated to the memory of Gianni Brera.

Since 2019 the competition has been enriched with additional prestige, joining the Abbott World Marathon Majors – Wanda Age Group World Rankings international circuit, as well as the IAAF international calendar. By running on the streets of Milan next April, runners will have the chance to earn useful points in order to access the second Age Group world final, scheduled for Spring 2021 in a soon-to-be announced location.

Under Armour, the activewear brand founded in 1996 in Baltimore, will support the Milanese competition in its twentieth anniversary as Technical Partner, and will sign the jerseys that will be given to all participants both in the marathon and relay, of course with specific versions for men and women: ultra orange or rift blue for the marathon runners, halo grey or rift blue for the relay runners.

The Milano Relay Marathon, a non-competitive relay race for teams of 4 that allows them to divide the route’s 42 kilometers and 195 meters in 4 fractions, will accompany the marathon for the eleventh consecutive year. Designed for runners who want to match physical activity with a choice of strong ethical value, the relay race is the main event on which the Milano Marathon Charity Program develops: this solidarity project is reserved, for the 2020 edition, for 90 No Profit Organizations that can finance their charity projects thanks to the teams participation, who choose a project and commit themselves to raise the funds to support it.

The Charity Program – whose organizing partner is the personal fundraising platform Rete del Dono – confirmed its leadership in Italy for initiatives of this type in terms of size, complexity and amount of fundraising generated also in 2019.

THE SECOND EDITION OF THE MILANO RUNNING FESTIVAL

From April 2nd to April 4th, the Milano Running Festival comes back: a moment of aggregation for business professionals from the world of running, fitness and sports tourism, but especially for active runners.

The exhibition area of about 8,000 square meters will be created, like for the first edition, inside the halls of MiCo in City Life. A large exhibition hub, also home to the Marathon Village, core of many entertainment activities, try&buy, forums/clinics discussions, events and products presentations. All of them with the common theme of “running”, in an area no longer limited to the “marathon”, but to all its declinations, from the streets to the off-road. Some numbers from 2019: over 50,000 visitors / 96 exhibiting companies / 33 workshops/talk shows.

Great excitement for the sixth edition of the Bridgestone School Marathon, the non-competitive race created in collaboration with OPES and dedicated to children, young people and their supporters (parents, family, teachers). After the extraordinary success of last year – a morning of great celebration with over 10,000 cheerful participants – in 2020 the event will take place on Saturday, April 4, on a route of about 3 km in one of the coolest neighborhoods of the moment, CityLife. The event for children will open registration in January. Like every year, half of the value of the collected fees will be returned to participating schools in the form of sports and educational equipment.

RDS 100% Grandi Successi will be the official music partner of Generali Milano Marathon. The musical entertainment initiative along the route of the marathon that last April saw 10 music stations distributed over the 42 km of race, at the start and finish area to entertain participants and the public, will be in fact replicated also for the 20th edition of the marathon.