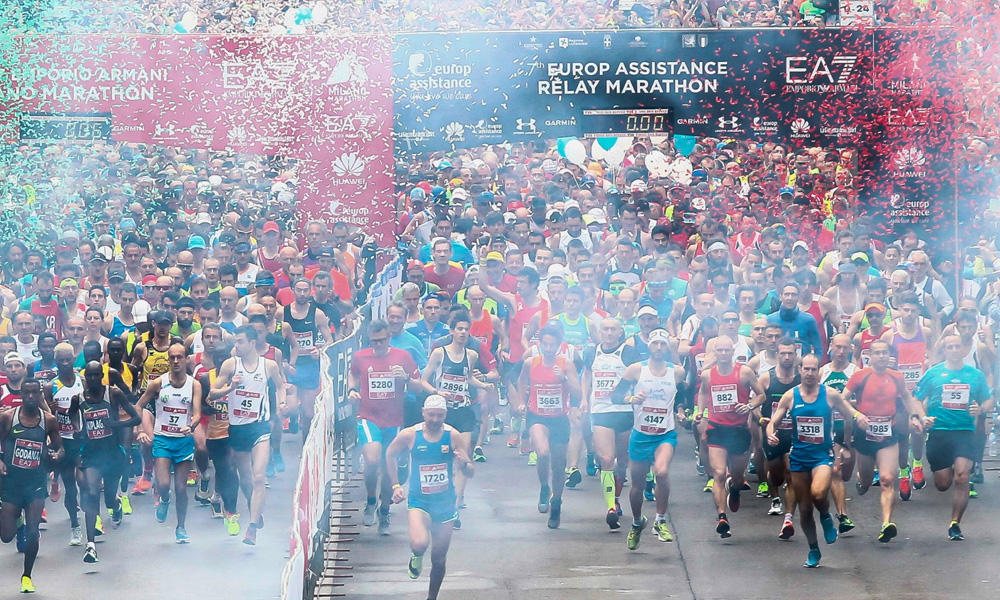 This was a record edition that exceeded all the best expectations by reaching a number of 5.302 marathon runners, the fastest race time ever registered in Italy. The athletes have performed brilliantly during the course, which path was studied and improved to become even more fluid.

The perfect weather conditions have followed the Kenyan Edwin Koech through the race, allowing him to cut the finishing line in 2 hours 07’ 13”, a new record for Milano Marathon and his personal best. Right after him came his compatriot Kenneth Mungara who finished the competition in 2 hours 09’ 37”, followed by the Ethiopian Abdela Godana, third with 2  hours 10’ 05”. The Italian athlete Yassine Rachik stood out arriving as sixth classified with a race time of 2 hours 13’ 22”.

The Kenyan Sheila Chepkech conquered the female podium, arriving in 2 hours 29’ 52”, followed by the Sicilian athlete Anna Incerti with 2 hours 29’ 58”: they were neck and neck right up to the finishing line. The bronze medal, won in 2 hours 31’ 38”, went to the Ethiopian Waka Chaltu Tafa. The Italian Giovanna Epis had an amazing performance as well, arriving on sixth place in 2 hours 34’ 13”.

2017 was an year of records: 6.309 marathon runners arrived and the participation of more than 3.059 teams registered on the charity Europ Assistance Relay Marathon. The third edition of Milano School Marathon had a great success as well with the attendance of 6.253 children involved with the non-competitive mini-run organized in collaboration with OPES (Organizzazione per l’educazione allo sport).

Andrea Trabuio, Mass Events RCS Sport Manager and Milano Marathon Director, declared: “We were prospecting a record edition, but the results that we’ve had today went way beyond our best expectations. We got to organize the fastest Marathon ever run in Italy, with an Italian athlete on the podium, achieving the highest number of entrants ever.”

Dino Giulio Sestini, 80 years old, was the oldest runner registered in this edition, while Marisa Flavia Crivellaro, born in 1946 occupies the same position for the women category.

The youngest runners were Florian Jacquemain and Julia Ahonen, both twenty years old.

Right after Italy, the nation with most presences was France, 178 entrants, followed by UK with 103 entrants.